Shooting at the Big House

Well I got my first opportunity to shoot at Michigan Stadium last Saturday when they played Indiana. To say the least it was a surreal feeling to be down there considering I grew up in Ann Arbor. I decided to get there two hours before kickoff because well if you've ever tried to drive around Ann Arbor on a game day you'd understand. It was a particularly cold and rainy day but it couldn't faze me. 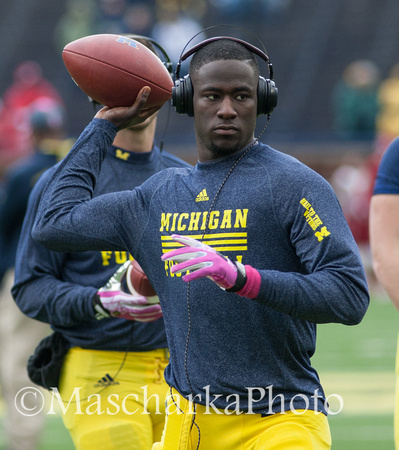 Got out early and decided to get some pre-game shots of some of the players before they put on their uniforms. This is one I got of Michigan starting quarterback Devin Gardner. After getting some pre-game shot the weather decided to starting hailing (I think there's a bad pun in there somewhere) so I decided to head into the media room until a little bit before kickoff. 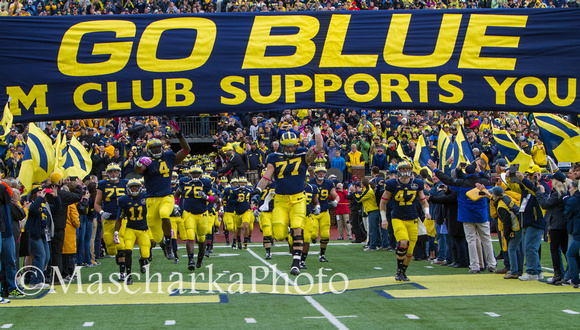 I had much higher hopes for the classic photo here but it is what it is. Next time I get to shoot it I'm going to try a lower angle but it was still a cool moment nonetheless. 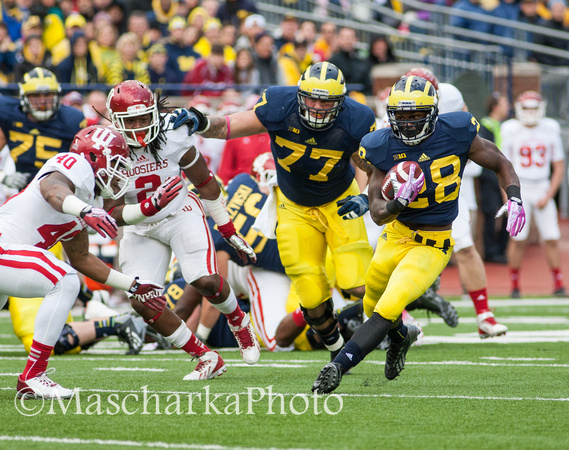 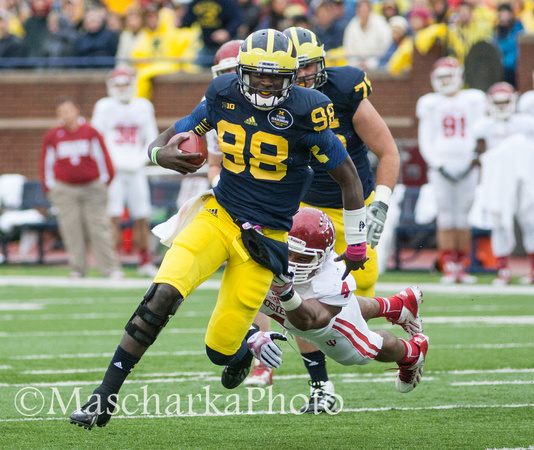 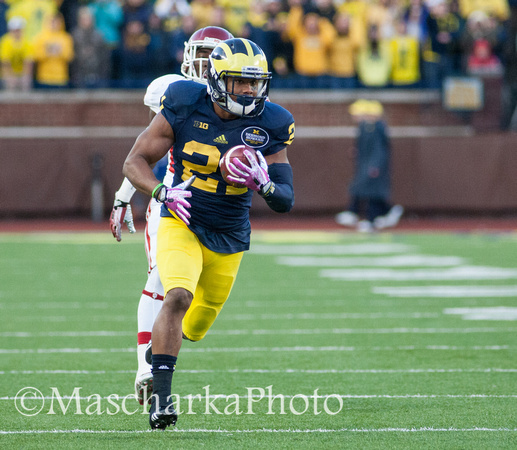 So to say the least this game featured big offensive explosions which either says good things about both teams offenses or says really bad things about the teams defenses which I would say it was the defenses but back to the point. Devin Gardner, Fitzgerald Toussaint and Jeremy Gallon all had career days and so it provided a lot of chances for me to get photos.

Now one of the things that took a little bit of adjusting was the fact that you had very few spots where you could shoot from. Essentially you had to either be in the end zone or between the 20-25 yard line marker but being real that wasn't an easy place to shoot from so the end zone was where I spent all of my time in. As the game went on though it was a pretty easy adjustment because all of the action you wanted to capture was pretty much going to be in the end zone. 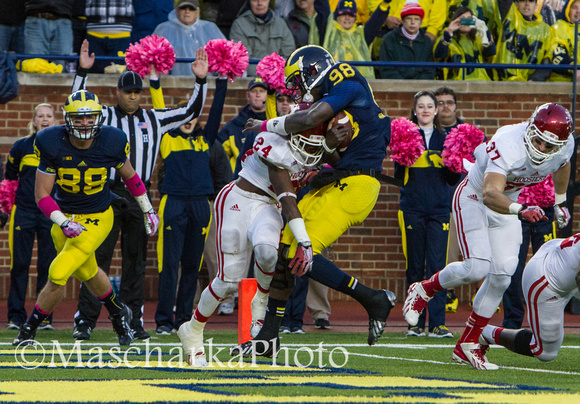 I felt like I had to include this photo in this post because Gardner was absolutely blasted in the end zone for this touchdown. Thankfully he was ok but man it was a loud and hard hit.

After both teams combined to score 110 points thankfully Michigan had scored 63 of them. It was definitely a fun game to shoot and I look forward to later chances to get back there.

If you want to check out the fully gallery of images here is the link to them!