What goes on at an EMU basketball game for a photographer

Well here is my attempt at a blog post. I figure the hardest thing with these is the introduction, so what better way to write an introduction than complain about not knowing what to write for it. I decided I would do some posts on current work or projects I'm working on. So for the first one I'll show and tell what goes on for me, as a photographer, at an Eastern Michigan basketball game. 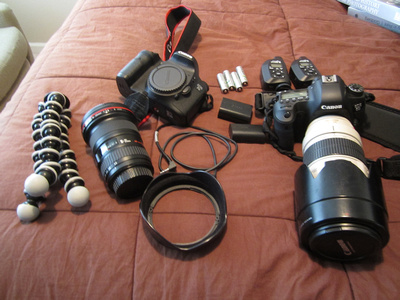 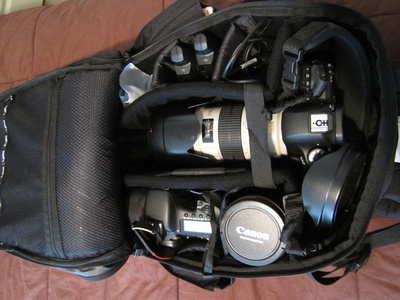 Generally it's shown what gear is used. So here is the list of things that I use :

Now at the Convocation Center you have quite a bit of options of where to shoot from. First off I set up my remote camera under the basket for wide angle shots. I use my 7D for this setup with the 16-35 2.8. Generally I have it at around 1/800 at 3200 iso and I shoot these in raw. Now I can't take credit for this idea, my friend Anmmar showed me this setup. 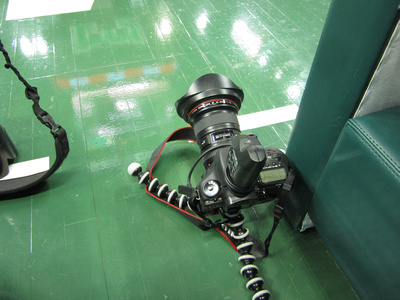 Now they are a bit noisy but shooting in raw you can save them as much as you could expect. 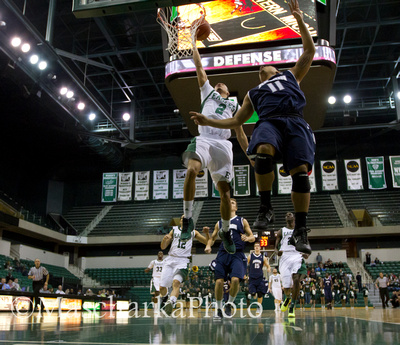 Now with these you really can't expect that many to turn out the way you want. With this camera I had over 700 frames to go through and I only ended up with 4 or 5 that I was satisfied with. I don't rely heavily on these turning out good but sometimes I get a really cool shot with them. 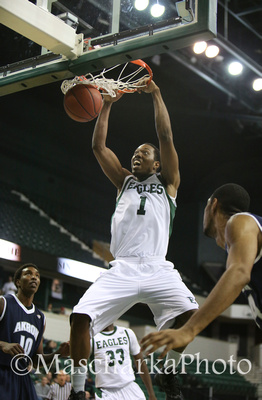 My favorite part of this is that I can get two different angles of the same shot. While I'm shooting with my 70-200 my remote camera is firing at the same time. It gives two different perpectives and gives me more options to choose from later on.

The more important shots for me are with my 6D and my 70-200. In my opinion there is no better lense to use for basketball than the 70-200 2.8. Actually I'd say that's true for most of the sports I shoot. There's no better lense to have in your arsenal than this one. I usually stay around 1/1250 at 6400 iso in the Convo. The lighting is decent and with the full-frame 6D I can go at this high of an iso with virtually no noise at all. I generally am prepared for any shot but my favorites consist of either dribbling past a defender or action under the basket. I usually stay far to the left or right side of the basket since I have the wide angle under the basket already shooting for me. 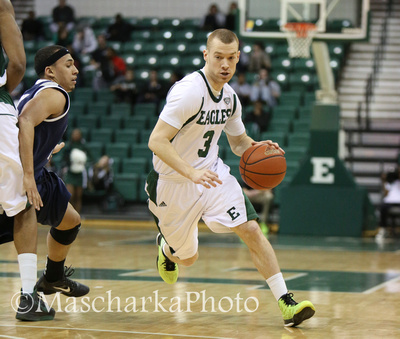 Now the only problem I ever face with my 6D is the autofocus. It has a lot of problems picking up fast action but besides that I think it works perfectly fine for sports and it just makes timing all the more crucial.

Now after the game I head home and start editing. First off I go through everything I shot in lightroom and on photos I like and will post I give them a four star rating. Then after I finish sorting I really only need to make crop adjustments on the 6D photos. The quality of the high iso is nice to have! And for the 7D wide angle shots I make crop adjustments and also play with noise reduction because it isn't as pretty at high iso's. Then after I finish exporting I send them off to the sports editor at the Eastern Echo through dropbox.

Hopefully I didn't bore you all with this but I figured I'd give blogging a shot. Feel free to leave a comment on if you enjoyed reading my tips or anything I should fix up for the next one I do.

Weird or cool happenings at this game:

Thought I was done talking weren't you. Well there were some cool things that were apart of this game that I feel the need to share. 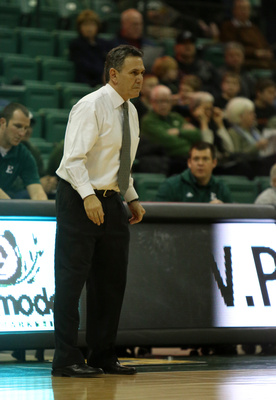 The weird thing that happened tonight was an Akron player lost one of his contacts during the game. Play had to be stopped until one of the bench players spotted it and grabbed it off the court. 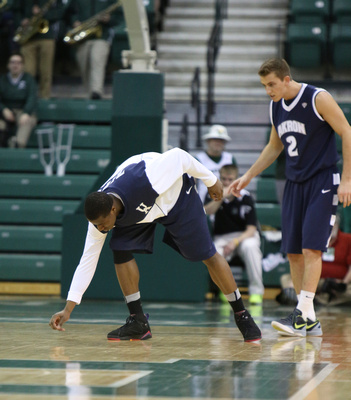 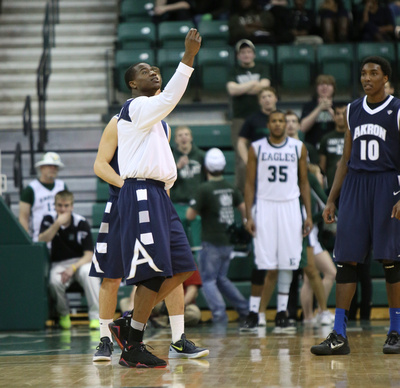 Well thanks for reading my first post. Hopefully I either helped you in some way with shooting basketball or you enjoyed the extremely strange end to my blog. Either way you made it this far in reading and I thank you for that.