Well I got my first taste of concert photography this past Wednesday when Tiesto came to Ypsilanti. Going into it I wasn't exactly sure what to expect lighting wise. The one nice thing about shooting sports indoor and for the most part outdoor is the light doesn't change all too much. With this though Tiesto is a part of electronic genre of music and so his concert is essentially a giant light show with great dance music. I brought along my 6D and 7D with 70-200 and 16-35 attached both at 2.8.

The opening act was a DJ called Tommy Trash. It was good to get into the pit and test out how to prepare for what Tiesto would be like. 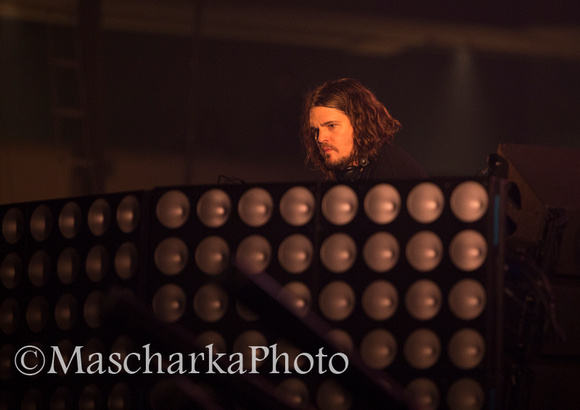 Now the first thing I realized when I got down there was how high up he was from the stage which really created problems for capturing his face. This was one of the few shots I got that I was really happy with how it turned out. Most of the time it felt like his hair was blocking his face which created problems. After spending a little time down in the pit I decided it would be beneficial to me to get on higher grounds and include parts of the crowd. So then I headed up to one of the suites. 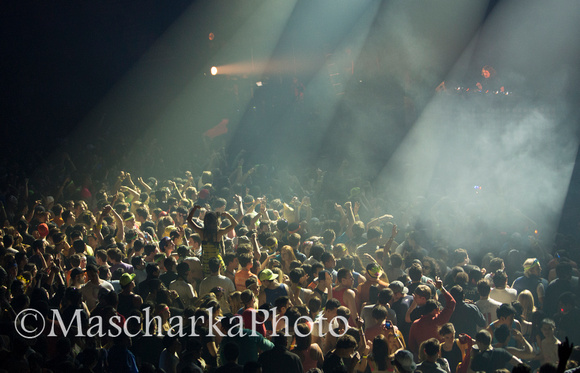 So I snagged some shots before Tommy Trash ended his set and this was one of my favorites. It caught the crowd in pretty good light and you can still see Trash in the background. Also I probably should have mentioned this earlier but I had my cameras at 3200 iso and both at 2.8 with my shutter speed varying from 1/125 to 1/800 at times. I felt myself constantly changing it due to the light changing which actually caused me the most problems. So after Tommy Trash left the stage then Tiesto came out almost immediately which caused me to quickly sprint from the suite back down to the pit. 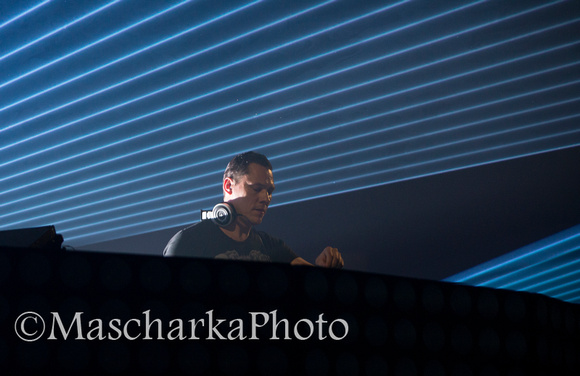 Tiesto put on such an amazing light show but at the same time that created a lot of problems for me but also created opportunities for some really cool shots. Just like with the opening act it was hard to shoot Tiesto due to him being so far up off the stage. After trying for a few shots with the 70-200 I decided to switch over to my wide angle. 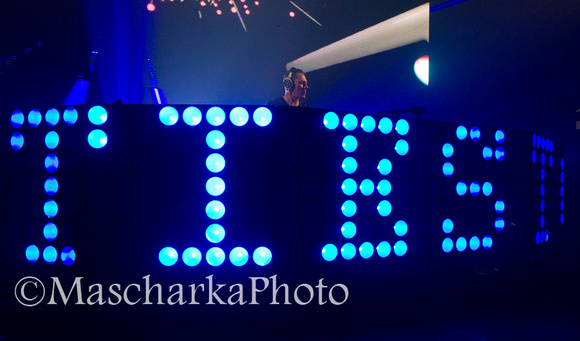 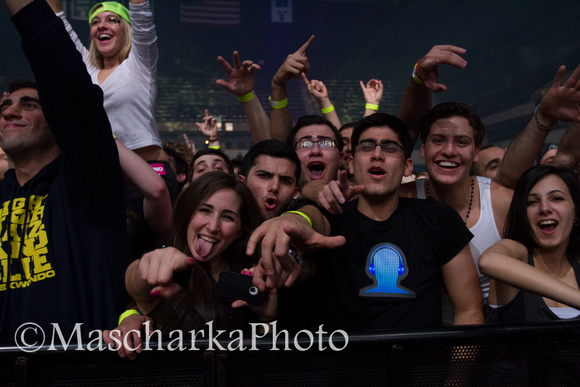 The wide angle helped me expand on his stage along with getting shots of the crowd. Also I forgot to mention that with concerts you only get 20 minutes to shoot in the pit before they kick you out. So that added the extra shoot fast element in. After the 20 minutes I headed back up to the suite to enjoy the rest of his show along with getting a few extra shots. 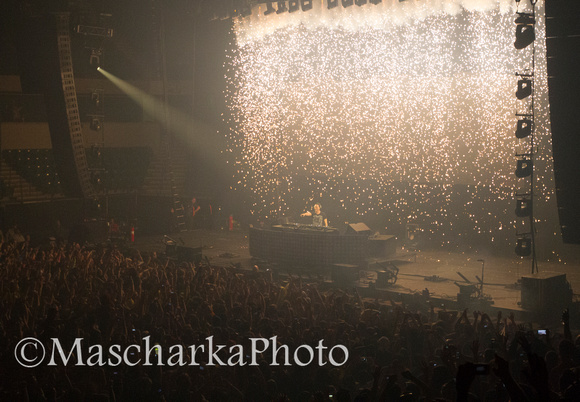 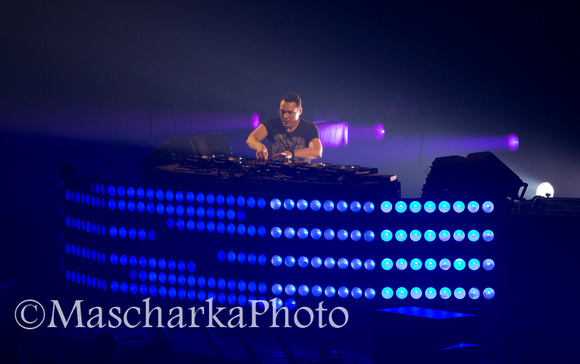 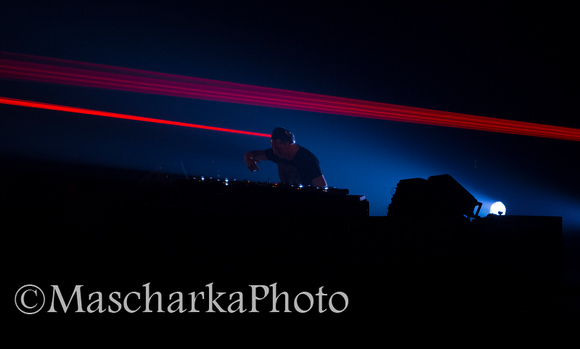 I was really happy with the shot above cause I finally could capture him finally djing without an obstructed view. The only downside with the 3200iso on the 7D was the noise but thankfully wasn't a problem with the 6D. But overall it was a really good concert and definitely a new experience to shoot.