Well I spent Wednesday and Thursday nights traveling to Cleveland to shoot Eastern Michigan in the Men's Mac tournament. The two and a half hour drives back and forth from Ann Arbor felt quite long but it was completely worth it. Now let me back up a little, the Mac tournament is held every year in Cleveland, Ohio. All the teams in the Mid-American conference have a chance to play here and possibly make a run to the championship game and an automatic bid into the NCAA tournament. Eastern Michigan won their first round game in Ypsilanti to make it to the second round in Cleveland. With that it provided me the chance to be able to shoot in Quicken Loans arena where the Cleveland Cavaliers play. 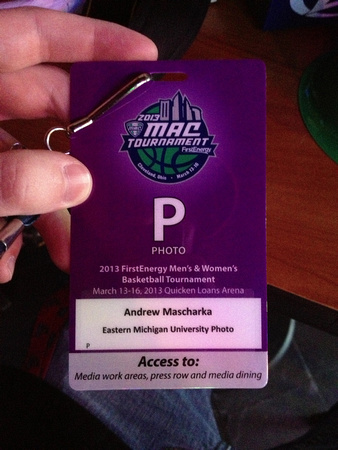 Now I've been to Cleveland recently for Indians games but I had forgotten that the giant Lebron ad was no longer located across from the stadium. It's weird seeing anything else there but at the same time Cleveland fans I'm sure wouldn't like to be reminded every day of who ditched their team. 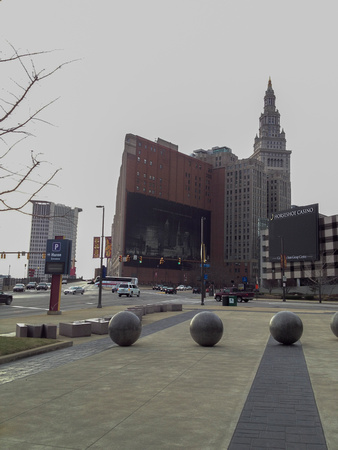 Just walking inside the arena you instantly get the feel of a NBA arena. Every area of the arena is just so nice. 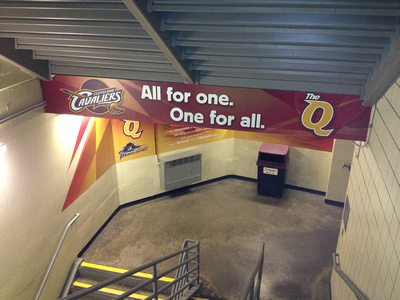 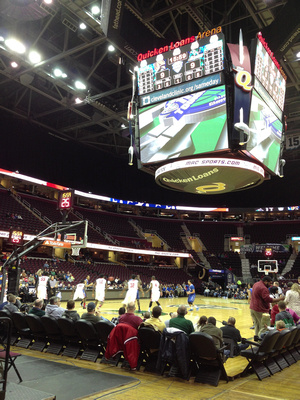 The first day I was there Eastern played Miami (OH). It was a pretty easy second round game for Eastern and Miami was really having a bad year. The game was surprisingly close until the second half when Eastern really played well and took Miami out of the game. 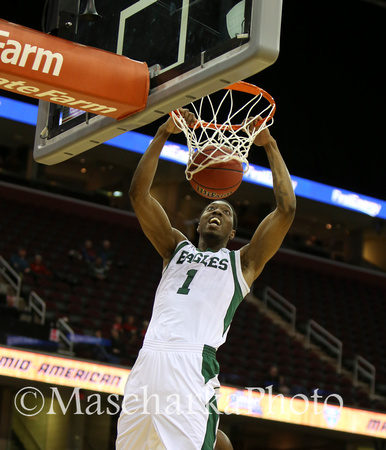 I think easily the best part of shooting here was the light was spectacular. All I really had to due post processing wise was crop adjustments. White balance was pretty much spot on and it was bright enough where I could shoot at a low enough ISO.

It was a really nice first game in Cleveland and then we headed back to Ann Arbor for the night. I got in around 2:30 am and ended up just staying up and finishing editing so I eventually found myself going to sleep around 4. Then up and ready the next day to head back down to Cleveland around 5 pm.

I knew going into the game that it would be a tough challenge playing Western Michigan. They had a really good team this year but we had beat them earlier in the season in overtime so I knew it was a possible chance to come back for a third day. 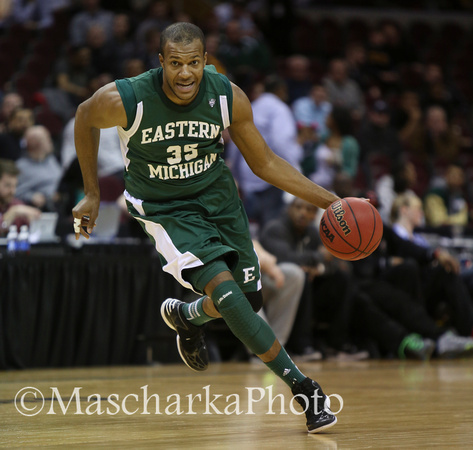 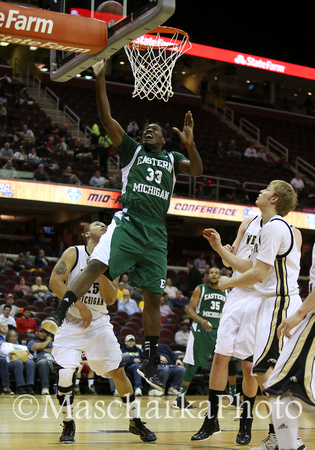 Eastern played a tough game but Western just had a really good game. So sadly their season ended as well as my basketball shooting for this season. I really couldn't have asked for a cooler team to be able to shoot in my first full season of basketball shooting. Proud to say I was able to cover almost every game they played this year.

Overall I had such a good time shooting in Cleveland and hopefully I'll be able to make it out again next season for an even longer run in the tournament. But for now I need to get ready for baseball shooting again which personally is my favorite to shoot.