College Football is Back!

Well college football is back and I couldn't be more excited. This past Saturday Eastern Michigan played Howard University in the season opener. Overall it was a pretty good game to shoot with the best action coming in the 4th quarter. Here are some of my favorite photos from Saturday night. 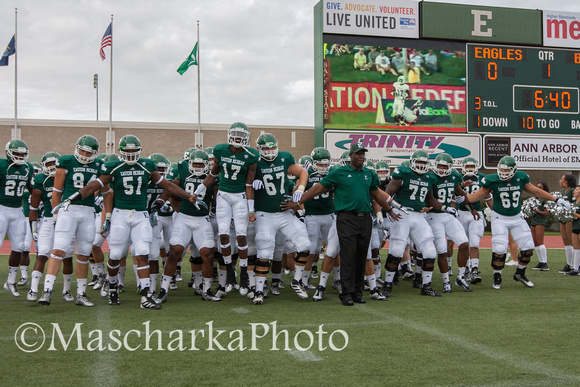 It is very cool to see Head Coach Ron English lead his team onto the field. 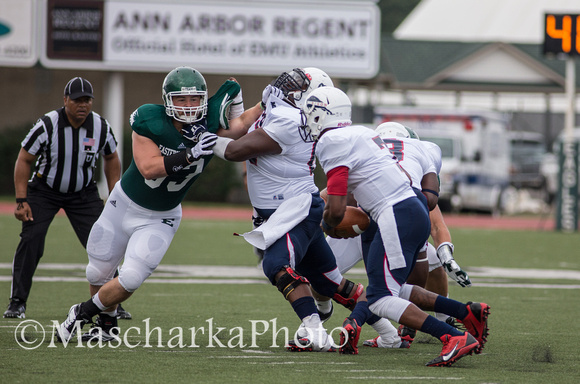 I found this one pretty funny due to the obvious holding call that wasn't called. 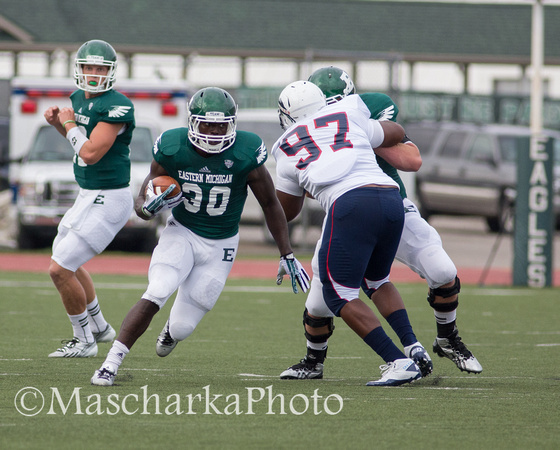 Easterns running back Bronson Hill is one my favorite guys to photograph due to the intensity in his eyes. 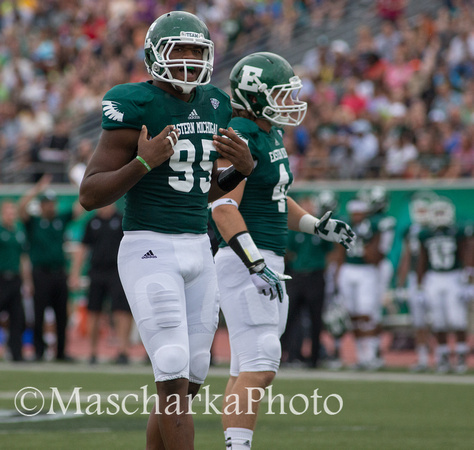 As a photographer it is always nice when your background can be filled with crowd which was nice about Saturday. 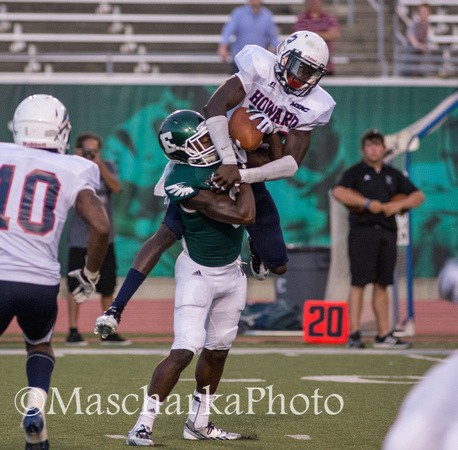 This isn't as tack sharp as I would have preferred but I still was really happy with the action capture that resulted. Pretty sure the Eastern guy ended up with the catch too! 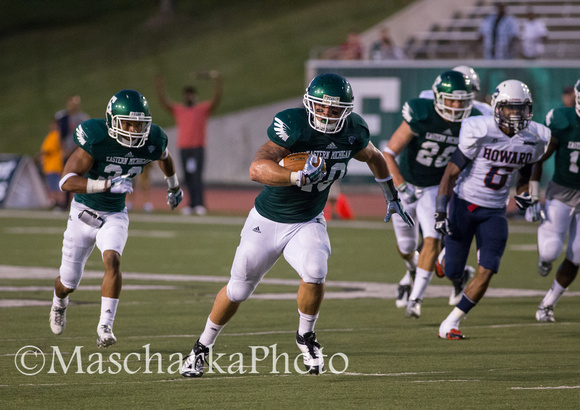 This was one of, if not the biggest plays of the game. Eastern was down by four in the 4th and Sean Kurtz came up with a huge interception which lead to an Eastern touchdown. 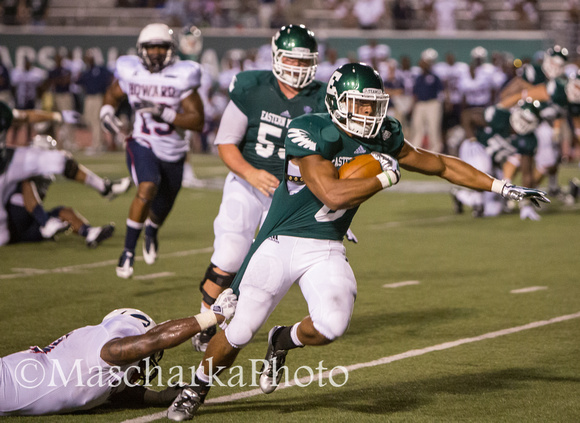 This may be my favorite of the entire game due purely that running back Darius Jackson literally dragged the defense to the end zone.

Overall it felt great to get back out on the field shooting again. And also at the same time it feels good to get a blog out which has been much overdue.

Thanks again for reading this far!